Do you think we change God’s mind?

That was the discussion several of my fellow writers and I got into one day as we sat around a dining room table. One said, “Absolutely. Look at Abram with Sodom and Gomorrah. It clearly says in Scripture God changed His mind.”

I dug my toes into the carpet and stood firm on my belief. “To think God could change His mind means He is not all powerful and all knowing,” I stated. ” That is giving Him human characteristics like the Roman  and Greek gods of mythology.”

Another queried, “Why pray, then?”

We agreed to  disagree and got back to the task at hand, editing and critiquing each other’s works.  But that conversation stuck with me.  If God is all powerful and all knowing and has it all in control, what good is prayer? And if we can persuade Him to change His mind, does that mean He can also change His mind about other things, like His promises or our key to salvation through Jesus?  So, I went home and plugged in “change God’s mind” into my Bible search program.

Here are some seemingly conflicting passages I found–

When God saw what they had done and how they had put a stop to their evil ways, he changed his mind and did not carry out the destruction he had threatened. (Jonah 3:10 New Living Translation)

God also sent a Messenger to Jerusalem to destroy it, but as he was destroying it, the LORD reconsidered and changed his mind about the disaster. “Enough!” he said to the destroying Messenger. “Put down your weapon.” The Messenger of the LORD was standing by the threshing floor of Ornan the Jebusite.  (I Chronicles 21:15  The Message)

The LORD changed His mind about this. “This too shall not be,” said the Lord GOD. (Amos 7:6  New American Standard)

Yet, in other places Scripture states – 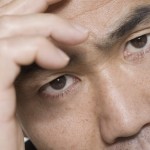 Can both be true? Other translations, especially the older ones, say “relent” instead of “change his mind”.  Is there a difference or are we splitting hairs? So I looked up the word. The dictionary states relent means “To become more lenient, compassionate, or forgiving. See Synonyms at yield.” Can you be compassionate and lenient without changing your mind?

The argument can be said that God didn’t really change His mind about Sodom and Gomorrah because He knew there were not that many repentant people there. So, God let Abraham intercede and basically placated him.  But that waters down the power of our prayers, doesn’t it?

Can we change the mind of God? Theologians have asked that question for millenniums.  Do our prayers influence God’s actions? I say yes.  They usher in His actions because He has deemed it to be that way in certain circumstances. But does He sit in Heaven with a check list and say, “Well, nobody prayed for this person, so they won’t get healed, but the prayers for this child went viral on the internet so – zap- she does.”  Of course not.

To say we can change God’s mind give us more power than it does Him. Look at the passages again – they say God changed His mind, not that man  changed His mind. He is still in control. In the infinite scheme of things beyond time and space, our Loving Creator God sees all paths at once, like branches on a tree.

Our prayers can stir Him into action, but He makes that a condition of His action. If we do as He says, then He will relent.It is His will to set the rules that way.  In 2Chronciles 7:14 it states,  “and My people who are called by My name humble themselves and pray and seek My face and turn from their wicked ways, then I will hear from heaven, will forgive…” He wants a relationship with us, and relationships require mutal action.

To pray enlightens us and changes our mind more than His. Jesus says if we pray in His name, God will grant our requests. The key is Jesus always prayed with the yielding attitude of Thy will be done, not my will be done. That is what I believe.

What do you believe?

I use this when online shopping for cash back. Very handy at Christmas time!
Now called Rakuten