Jesus said we are to be His hands and feet, and to spread the Word, baptizing in His name, right? That is the Christian’s great commission he gave in teh Gospel of Matthew just before he ascended into heaven.

It seems this would be easier  today with the internet. But, today, with this new “global”society comes the idea that we can have freedom of religion as long as we keep it to ourselves. Don’t contaminate others’ belief ystems with yours, even if their belief system is no belief at all. That way, we will all get along and live in harmony byallwoing everyone to be who they want to be.  Sure.

The shift has been from servitude to self-itude.  Everyone is in their own little cyberspace box, and we fool ourselves into thinking we are communicating, when all we are doing is surface conversing.  This me-ism  is so prevalent, common courtesy is fading. People don’t want to get involved for fear they will be harmed, harassed or sued. When people see someone stranded at the side of the road, they assume that person has a cell phone. If they hear a cry for help, they call 9-1-1, so the auhtorities can handle it, not rush to their aid. Otherwise, they might “be” endangering themselves.

And they might be, because we have become so distant from each other. A century or so ago, people helped raise barns, came to the aid of neighbors who were in difficult situations, and came running when the bell sounded. Few people in big cities today know their neighbors, not really.  They may have facial recognition and wave now and then, but privacy fences and  the large turn over of owners and renters  keep them from getting too friendly. We know the people at work and in the game chat rooms better that we know who lives catty-cornered to us. At one time, back doors were never locked. Today we are encased in our homes with alarm systems.

But, it is human nature to want to be noticed. Popular TV Shows are all about people stepping into the limelight to be discovered for their abiity to perform an unusual feat, sing or dance.  Thousands of You Tube videos are posted daily hoping to go viral. Tweets beckon people to follow them, like ducklings in a row. 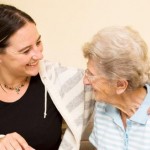 Where do you fit in? Are you a do-er or a be-er? Are you service orientated? As Christians, we are to take the last place at the banquet table of life. Not so we can be run over and abused, but so we can observe, and then serve. The attitude of servitude is not a sign of weakeness. It takes strength to release control, confidence to be vulnerable, and wisdom to see others through Christ’s eyes.  Dare to be a do-er more often.

Of course, take caution. You have to today. But, think of others first. Give a smile to that clerk behind the counter, or show sympathy to the mother with the sqwalling kid, the old man who can’t remember how to count his change, or the young man with his pants halfway to his waist who drowns out life through his Ipod earpiece. Volunteer for a non-profit feeding the homeless, teaching adults to read, leading a Bible study, sorting clothes, delivering hot meals to the elderly. By doing, we can find our purpose being children of God.

By doing unto others, we can be what Christ wants us to be in a world where being someone is so important. By doing that, we can show people they can be of worth. They are important, to us and to the One who loves them the most and died for them.